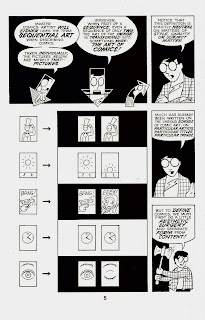 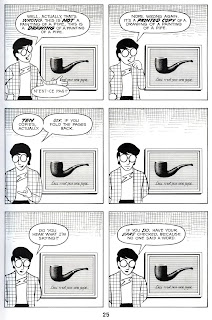 McCloud makes the novel fun to read & look at. He draws himself & the panels as simple as needed, but shows off his drawing muscle from time-to-time for examples. As much as he tries to make it digestible, there is a lot of theory & thought in every page & is not a read-in-one-setting kind of book. This one requires a couple of reads in order for you to retain a good portion of the details. Still, I highly recommend this book for comic lovers, art lovers, & book lovers (so pretty much everyone), as it will change the way you look at comics forever.
Posted by VandercookPressPlay at 10:19 AM