Happy Chinese New Years & Welcome to the Year of the Rabbit! 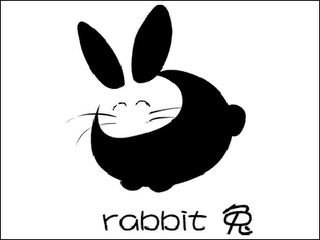 Its February 3rd, which for most people in the U.S. means post-Groundhog Day, but over in China (which includes almost 20% of the global population,) today is the New Year & its the most celebrated holiday among the Han influenced cultures (which includes the Koreas, Japan & Vietnam.) But why is it on February 3rd? Well, it actually doesn't fall on the same day every year. In China, they follow the lunisolar calendar. In the lunisolar calendar, the New Year starts on the second new moon after the winter solstice & celebrations last until the next full moon, which means 15 days of festivities. Eat on that America; we only get one night.

There are different traditions for every day. Some are public, like parades featuring the paper dragon dance & fireworks to scare off evil spirits. Then there are more private celebrations which involves giving gifts to family members & eating food like dumplings & nian gao (a cake made of sweetened, glutinous rice.) The 15th day is the Lantern Festival, where patrons light paper lanterns & release them in the air & wish for a good year to come. So, wear your imperial red & welcome in the year of the rabbit.
Posted by VandercookPressPlay at 2:50 PM