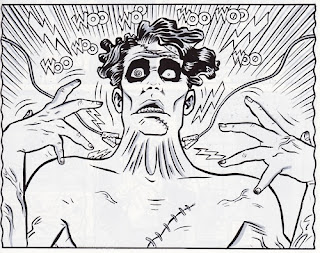 FYI: I don't know if I've ever mentioned, but the graphic novels featured during the "Graphic Novel of the Month" is part of the JCBA & can be viewed anytime.
Posted by VandercookPressPlay at 10:50 AM