Church Converted to a Bookstore.

This may be the most beautiful bookstore in the world. It is the Selexyz Dominicanen Bookstore & it is located in Maastricht in the Netherlands. The cathedral is 800 years old & was converted in 2007 by architects Merkx & Girod, who were smart enough to keep with the cathedral's original design & floor plan. The alter became the store's cafe, which contains an amazing cross-shaped table. The cathedral hasn't been a place of worship for 200 year & get this; there are a large number of churches & cathedrals that are abandoned in the Netherlands. I hope to see more useful space to come out of these emptied masterpieces. 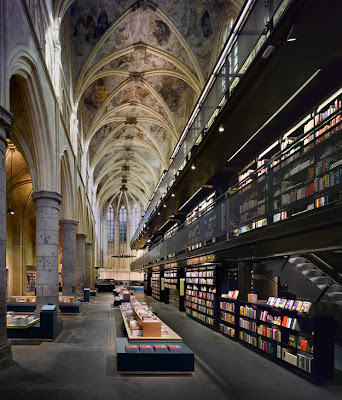 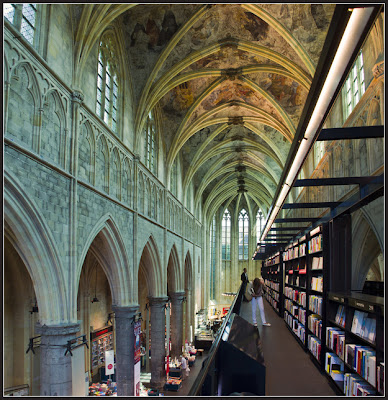 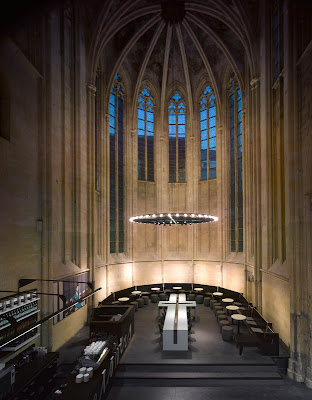 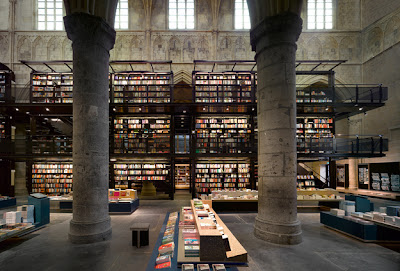 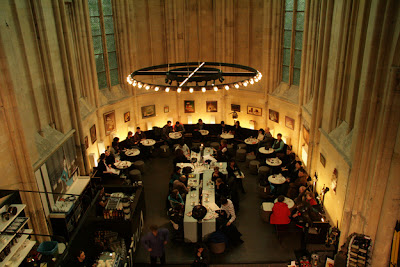 Posted by VandercookPressPlay at 12:08 PM No comments: 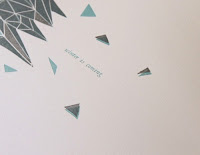 I don't know about anyone else, but I'm addicted to Game of Thrones. It took me a while to get into it, as the middle part of season 1 was murky for me & they were adding new characters left & right, it was starting to make my head spin. But, now I've been mentally trained & I'm able to keep the numerous plots in their place & I love it. My favorite is Arya, who was a just a tomboyish poppet at the beginning of the series, & is now a clever, resourceful girl, & Rob Stark, who had become Ned Stark's eldest son into the fearsome, capable King of the North. 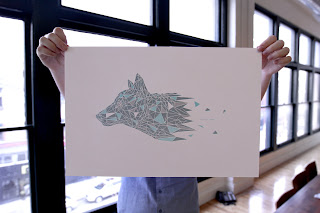 I found this broadside printed by Christopher Harrell inspired by the Game of Thrones. On it is a wolf, the animal of Winterfell & it states "Winter is Coming," a common saying in the series, which is notable as to seasons in the Seven Kingdoms can last for 10 weeks or 10 years; there is no telling & the citizens of the Seven Kingdoms are expecting a long winter.
Posted by VandercookPressPlay at 4:45 PM No comments: