Ratatouille is a delectable, computer-animated story about Remy the rat (voiced by Patton Oswalt,) who, unlike his brethren, aspires for fine dining & gourmet cooking. After getting lost in Paris, Remy comes across his deceased cooking idol's restaurant. There, he meets Alfredo Linguini (Lou Romano,) a hopeless kitchen cleaner who desperately needs the job. Linguini learns that Remy can cook & the two strike a deal: since a rat can't be in the kitchen & Linguini is a bad cook, Remy stays under Linguini's chef hat & controls him using Linguini's hairs like strings on a marionette. Instantly, Linguini is the new talk of the town, but there is trouble. Skinner (Ian Holm), the owner of the restaurant, learns that Linguini is the illegitimate son of Auguste Gusteau, the founder of the restaurant. This would make Linguini owner of the Gusteau brand & Skinner believes that Linguini is going for a power struggle (but Linguini doesn't have any knowledge of this.) Also, food critic, Anton Ego (Peter O'Toole), has it out for Gusteau's restaurant, as he deemed the place as part of "the tourist train," & Ego's previous poor review may have been the cause of Gusteau's death.

Ratatouille is Pixar Animation Studios' eighth full-length feature & the second to be directed by Brad Bird & I would say is one of their best. The computer artist recreated Paris with a fine detail, including the rest of the mise-en-scène of the film, except for the characters, which contain cartoony proportions that display their personality: Linguini is lanky & awkward, Skinner is diminutive & petty, & Ego is pencil thin, because he only shallows food if he loves it. The visuals are top notch & are a feast for the eyes.

Bird has created a perfect family film, because it is for the whole family. Kids will like it because of the physical comedy & action sequence, which Bird is an expert at choreographing. Older viewers will enjoy the biting, witty dialogue & the themes explored in the film, which includes regular family film themes like overcoming social status & following your dreams, but also include pretension in the critical community & animal rights. One part that I enjoyed was the shifting notion in the film that "anyone can cook," as many characters have changing & varied thoughts on that maxim. 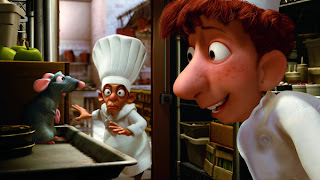 What is great about Ratatouille is that it doesn't talk down to the viewer, whether it's a child or an adult. It's a light-hearted, well written comedy that doesn't go for explosions; it is subtle, yet savory, like a great dish. This is a love letter to food, the French, & maybe, rodents.
Posted by VandercookPressPlay at 1:39 PM No comments:

I'm inspired to write this post because one, Arthur Jaffe's car show project comes to an end March 23rd, when vintage cars will be displayed on FAU's new football stadium; & two, cars decaying in nature is a fascination I didn't know I had. It's beautiful to see them deteriorate & be broken down to the simple minerals that these cars started as & is a good example of nature vs. industry. Photographer Peter Lippmann traveled around in search of these deserted cars, which brings up questions like how the cars ended up there, but these abandoned car photos bring up feelings of nostalgia & either triumph or defeat. 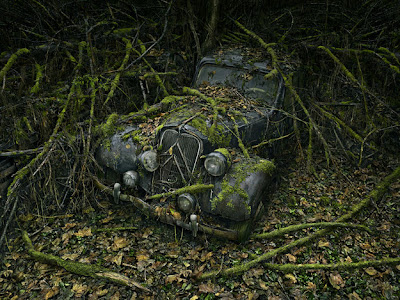 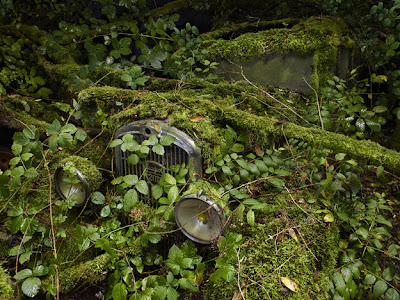 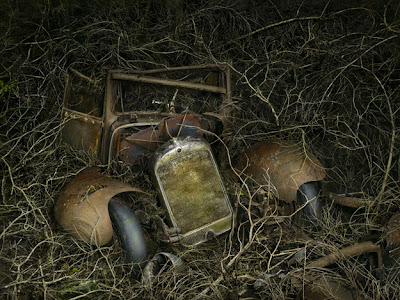 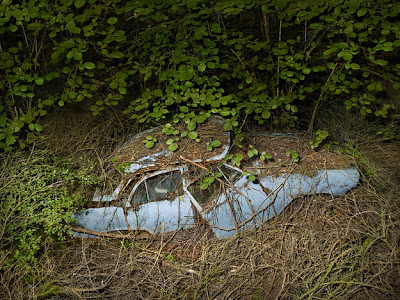 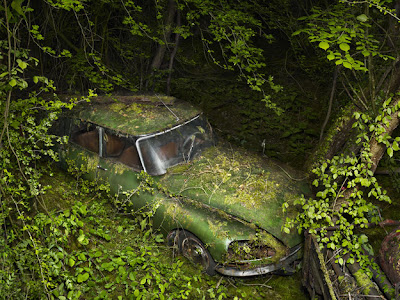 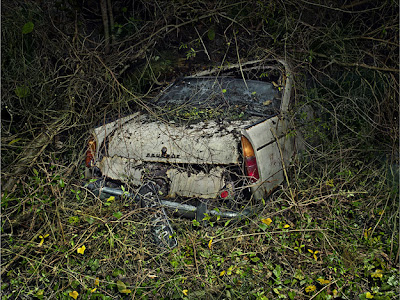 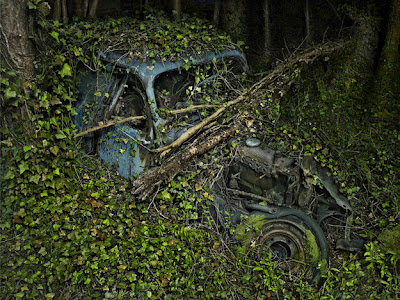 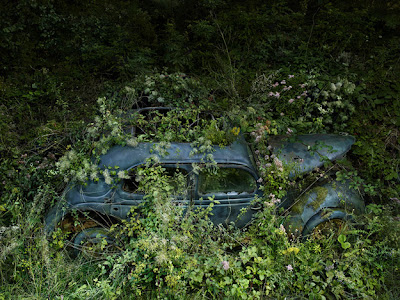 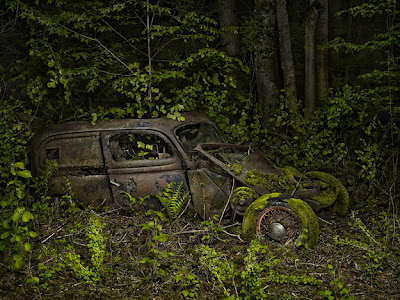 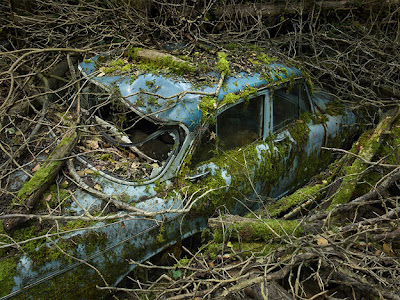 Posted by VandercookPressPlay at 2:30 PM No comments: 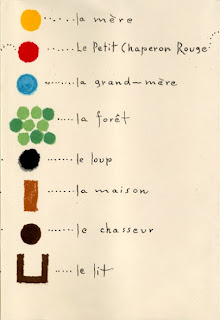 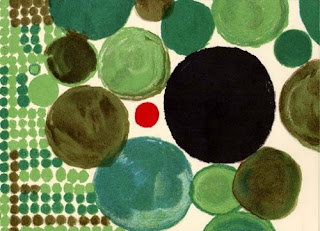 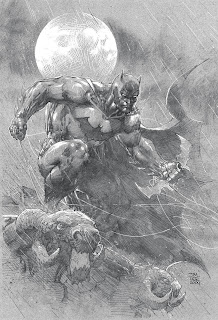 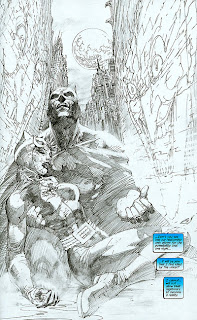 This is a fantastic collaboration that resulted in one of Batman's most torturous stories, both physically & psychologically. If you're a Batman fan or just a fan of superhero comics, this is a must read & non-superhero comic readers should pick is up for its thrilling style & mystery.
Posted by VandercookPressPlay at 10:32 AM 2 comments:

Max Zorn is an artist that uses packing tape as his medium & he decides to recreate people with this form. It is done with meticulous layering & cutting away & I'm sure it is not an easy medium to work with, as anyone who has tried to tape up a package knows that tape is a pain. But, Zorn has a great eye & great patience & his pictures are surprisingly photo-realistic. And while it seems like using tape is a waste & pictures could be done in a different manner, I respond to the dark browns & golds that are created from the tape. Let's hope we see more from tapework & Max Zorn. 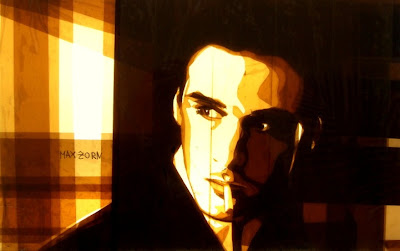 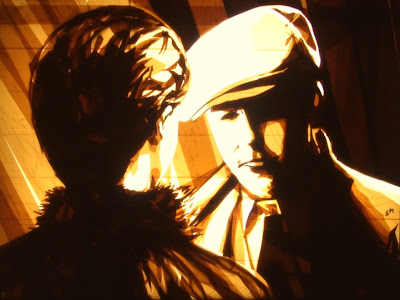 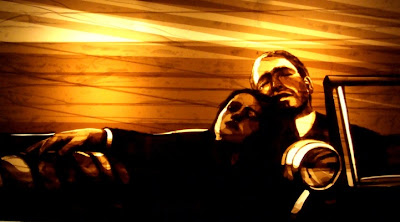 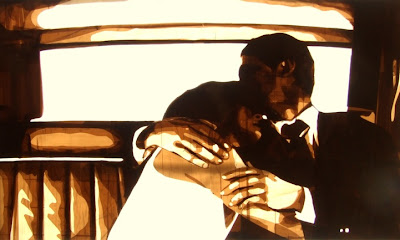 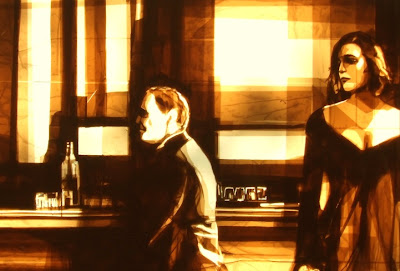 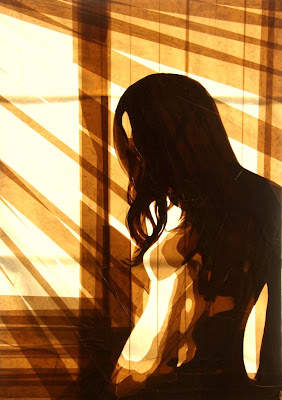 Posted by VandercookPressPlay at 10:15 AM No comments: